SiteGround VS Bluehost: The Quick Review of Two Great Hostings

SiteGround and Bluehost are two developing hosting providers in the hosting industry. When it comes to choosing one of these hosting services, it is the biggest question that which one is better.

Choosing the best hosting service is nearly an important task that is to be performed because there are so many categories that are to be considered before choosing the best web server for your websites.

Here is a quick survey of SiteGround vs Bluehost by which you can conclude which one of them is better for your hosting.

Quick OverView of SiteGround vs Bluehost

In the next three years, the Bluehost has grown only for 10% compared to the SiteGround’s 100% growth in 2017.

SiteGround has released PHP 7.3 RC, but the Bluehost is still using 7.0 and is trying to update to 7.2 and there support to 5.6 and 5.7 PHP will end in December for many old hosting accounts.

Bluehost still uses PHP 5.6 and advice its 5.6 PHP users recommended to close the accounts and start a new hosting plan to avail there 7.2 PHP plan.

In many services, they prove that Siteground is much safer than Bluehost against multiple threats and malware in web applications.

The Antibot AI is the Siteground’s success in recent years these Antibot AI will protect their customers from brute force attacks.

According to their recent list of achievements of Antibot AI systems in 2018, they stated that they have blocked 180 thousand malware attacks. The Antibot AI works in such a way it monitors all the Siteground servers and analyzes the data.

Based on these reserves the Antibot AI will take automatic decisions in stopping malicious bots.

The Anti-bot watches all the fail login request types with DDoS attacks, blacklisted user agents it works by blocking any malicious IP by providing a captcha page to solve a puzzle to check.

If it is a human or a malicious bot and the Antibot AI learns from the simulations to reduce the false positives that occur and the Bluehost only relies on cloud flair to protect its customers from DDoS attacks.

It is always good to choose a hosting service with pre-configured WordPress technologies by which you are allowed to use SSL and CDNs with better performances.

Most of all by choosing pre-configured WordPress technologies, WordPress security is much better as the server itself is protected against WordPress specific threads.

SiteGround along with its regular hosting also has WordPress hosting with the same rates which you can access for an easy WordPress installation.

These include a number of great and amazing word press tools including auto-updates and migrations. Bluehost WordPress hosting starts at $20 per month.

They are equipped with SSDs.

Some other performances like there managed shared hosting plans.  So when comparing to the performances of SiteGround and Bluehost both offer the same level for your site.

You can choose any of the two hosting services for performance.

Here are the features comparison of SiteGround vs Bluehost

When considering all the features of SiteGround vs Bluehost we can see that the Bluehost is popular and provided an incredible hosting service to its customers.

But in recent years, the Bluehost is not able to stand for its popularity.

Most of the web hosting service providers like Hostgator, Arvixe, iPage are providing unlimited bandwidth and unlimited storage but page loading is very low. Of course, Google gives the main priority for the fast loading pages in their ranking signals.

Many customers are facing issues like downtime and problems in customer support. You can read the SiteGround Review 2020 here.

The SiteGround as though developed in recent years has been standing best for its performance and uptime.

Now it is time to choose the better hosting packages for your needs. Bluehost is providing very good hosting solutions for its clients because it is the oldest web hosting company by giving unlimited bandwidth, Free SSL certificate, Unlimited storage and disk space including one Free Domain name.

But Siteground has fully dedicated web hosting company for a few years. The main aim of this hosting company is to provide the fastest loading time, with great support to their customers. They are providing effective hosting packages. 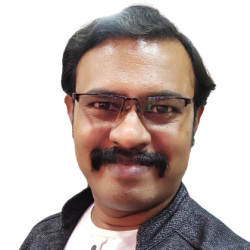 Hi, I am Satish. Full-time Blogger since 2009 and tech enthusiast. The main motto of this blog is to help newbies to start their blogging as a business. I love to write on Blogging, SEO, Make money online, and Affiliate marketing. If you need any assistance Stay connected and join in our Facebook Community to get industry-relevant updates which help you to connect people like you.

Disclosure: This post contains affiliate links which means if you click on one of the links and purchase an item, we will get some commission (However you won't be charged extra). The reviews are written based on our own experiences, we were not paid for these reviews. Here is the affiliate disclaimer.